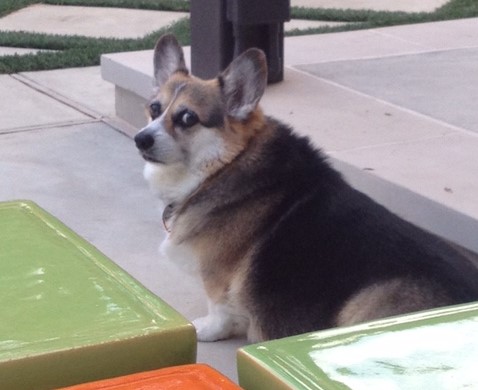 It’s been a while since my last post.  My world has been turned upside down.  I’ve thought about numerous posts:

Friends therapy?  (Why the hell not?)

I miss my effing dog!

It’s true:  Be careful what you wish for.

We are all effed up

Just where is The Poor Farm, anyway?

Be careful what you wish for, part 1:  I have officially left my secure, high-paying full-time job, leaving behind not only the paycheck but the, well, identity is the best word I can think of now to describe what else I left behind.

I have begun my new career as a freelance writer, and that’s been like living in The Twilight Zone. Twice the effort for half the pay. I keep telling myself, hang in there, it’s interesting work (which it definitely is – I am learning all kinds of things about all kinds of medical conditions, all of which I now think I have), you’re working with a bunch of great people, it’ll get easier once you get the hang of it, etc.  (And by the way, you asked for this.)

My son Burke turned 21, enjoying his first legal alcoholic beverage, in another state, which was going to make me sad (to not be with him to celebrate this big milestone birthday), but then…

Be careful what you wish for, part 2:  He ended up flying home to Houston from Alabama to say goodbye to our family dog, a Corgi named Trixie, who died this week of kidney failure. I still look for her when I walk into the kitchen, expecting to see her stretch and insist she be fed, Chop! Chop! And she is still not there, nor is she sunning herself by the pool, or pooping on the patio.  She simply isn’t.

I don’t know what was harder, my saying goodbye to her, or watching my son say his goodbyes to his pal of 12 years.  It’s a toss-up, and it sucked.  Still sucks.

And while I’m at it, there’s the topic of ridiculous drug side effects. Started with headaches and restless leg syndrome (RLS), for which doctors prescribed medications A & B. The headache med aggravated the RLS, but the RLS med makes me pee non-stop (see my post Of all that is, seen and unseen – bladder mystery solved, and it wasn’t nearly as interesting or mysterious as I thought it was). From my writing, I know it’s a form of Pelvic Floor Disorder, Urge Incontinence it’s called. When I discontinued the med, I became my normal, continent self. I cannot take drugs. The side effects are ridiculous. I don’t know how people do it.

And if that weren’t enough, my husband and I, speaking of The Poor Farm, have committed to cleaning out our expansive storage unit by the end of August, so I have been rifling through thirty years of files, each one a stroll down memory lane. Each box a one-year snapshot in time. Marriage. Infertility. Adoption. Divorce. Every one of my son’s report cards. Every school registration form, complete with immunization records. Parent-teacher conference reports, which started out fun and ended up not so fun. The handmade Valentines. School pictures. Field trip photos and permission slips. The James Coney Island catering receipt for my son’s second birthday party – 75 Coneys at $1.65 apiece, assorted chips and tea — and the receipt for the Barney character we hired, who came to his party, in a park, outside, in Houston, in August, in his nappy, stinky Barney suit, to the delight of all the kiddoes. All the instruction manuals for all the electronic toys we ever bought for him. The firetruck with the sirens and flashing lights, which caused me, then working from home, to make up stories to clients on the phone about emergencies taking place outside my “office” window.  The Tickle Me Elmo. The $2,500 Rainbow Swingset. Vet bills for puppies, then for dogs, then for aging dogs. Defensive driving certificates with the speeding tickets still attached (those *#@! Spring Valley cops with their school zone speed traps).  Trip brochures.  San Francisco.  Italy.  Colorado. Bank statements, utility receipts, medical records.  And by the way, EVERYTHING back then had credit card/account numbers or Social Security Numbers on them.  What we will save on storage costs we will spend on shredding.

I suppose some would enjoy this sifting through of all those memories.  But it just makes me tired and sad. So much water under the bridge. The only consolation was texting photos of some of the more interesting artifacts along the way to Burke to let him enjoy the fun, too. But by the tenor of his texts back I am not sure if he appreciated being kept in the loop.

I said early on that I would only write when I had something meaningful to say. I wouldn’t use my blog to rant.  I’ll keep it positive!  Not use my blog as therapy.  Well, sorry, not today.  It’s not always sunny.  Sometimes you gotta say what you gotta say.

5 thoughts on “I’ve been away”